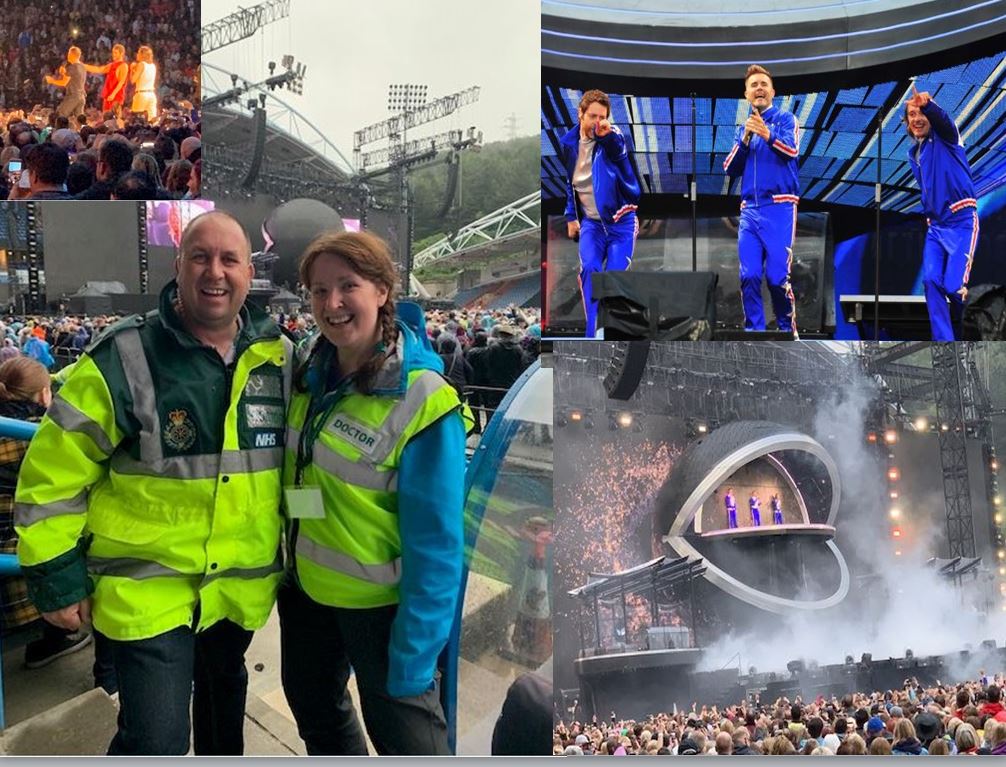 The crowd ranged from babes in arms to grannies and grandads and the John Smith Stadium rocked.

Luckily the all-day downpour cleared in time and Gary, Howard and Mark performed under blue skies.

Here’s more from him including why 80s legend Rick Astley got a drenching.

How did the band look?

"Lots of beards and they didn’t look as good in tracksuits as they did when they were in their 20s but they really looked like they were enjoying themselves, they really did.”

Biggest cheers of the night?

“When Lulu appeared in person for Relight My Fire after it had been said she would be on a video. She is still amazing. When Robbie came on in a video the noise went mad too.”

“In the dug-out at the half-way line. I took the photo of them from there as they came right out onto a stage in the middle of the crowd. That was the closest. We didn’t get backstage. They have their own medical team with them”

How many injuries did you cope with?

There were about 32 patients treated on site for being cold, slips (because of the rain)... and for being drunk. Four people needed to come to hospital.

What happened to Rick?

At the start everyone was so wet, that after finished he tipped a bucket of water over himself to empathise with them all. Nice touch. He said “I know how wet you are”… then he just did it.

How did to compare to Little Mix last summer?.

Little Mix came in a heatwave so there were heat injuries and insect bites and there was much more drinking because it was so hot!

Were ED colleagues disappointed none of Take That needed HRI treatment?

“When I called up saying one patient was on their way a colleague joked: “Please make my day, tell me it’s Gary Barlow!”

Thousands and thousands of people safely had a fab night which is most important. Those who needed healthcare got what they needed from the whole team whether that was on-site or in hospital.