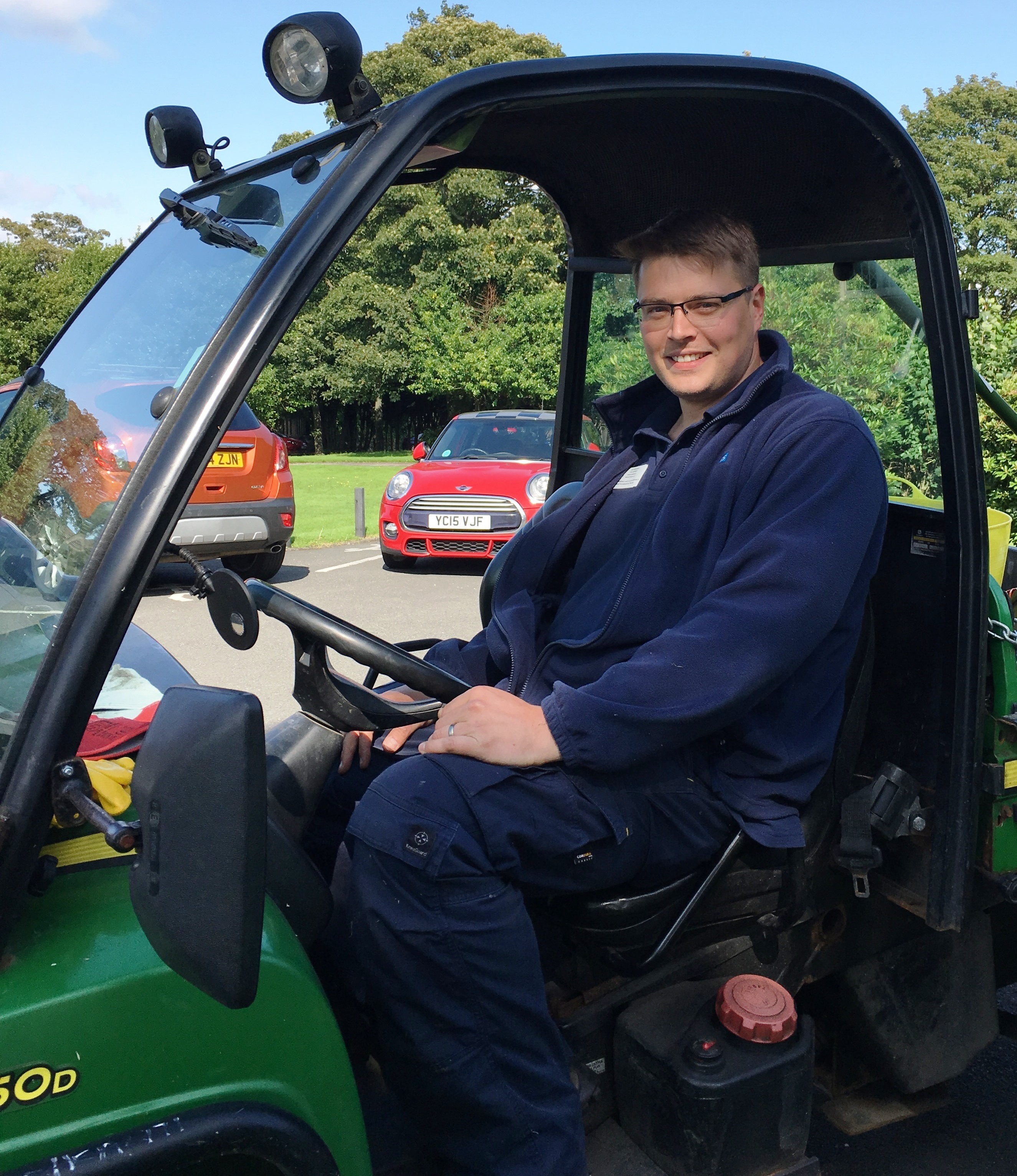 Edward Clarke has joined the gardening team at HRI. Together with David Knapton he has created the new heart-shaped Organ Donation memorial garden on North Drive and brightened up other sites around HRI. Jammal Mohammed, says:  "Ed is very motivated along with David Knapton and, in my view, they have made our site brighter and more welcoming. Here's more from Edward.

Hello my name is…

Edward Clarke and I joined CHFT in April 2019 as the new gardener/groundsman. I am 31 years old and was born and raised in Huddersfield. I grew up in the local area of Edgerton and went to Lindley junior school and then onto Salendine Nook High School. I got married in September 2015 to my wife Sophie, we have no pets but I keep tropical fish.

What is your position?

I did my joinery apprenticeship after leaving school with a local firm. Worked there for 4 years then went self-employed for another 5 years. At 25 I went back to college to do an apprenticeship in horticulture, based at Askham Bryan in York. I worked for the Joseph Rowntree Housing Trust in York for the last four years in landscape maintenance before joining CHFT in April this year.

What is the highlight of your career so far?

Hard to choose just one, there's been so many. I would say starting my new role here was a good one.

Sum up your role in three words

What did you want to be when you were growing up?

I always wanted to work outside or work with wood in some way so I became a joiner. Not very exciting.

Who is your hero/heroine and why?

David Hasselhoff. He played Michael Knight in Knight Rider and Mitch Buchannon in Baywatch. Legend. He single-handedly brought down the Berlin Wall with his music that helped to unite East and West Germany. (See attached)

When you are not at work, how do you relax?

I'm into gaming on my PS4 and watch a lot of tv/Netflix and films. Also naps, lots of naps.

What is your favourite place?

What would people be surprised to know about you?

Pink is my favourite colour